Why Mouthwash After Exercise May Not Be the Best Idea 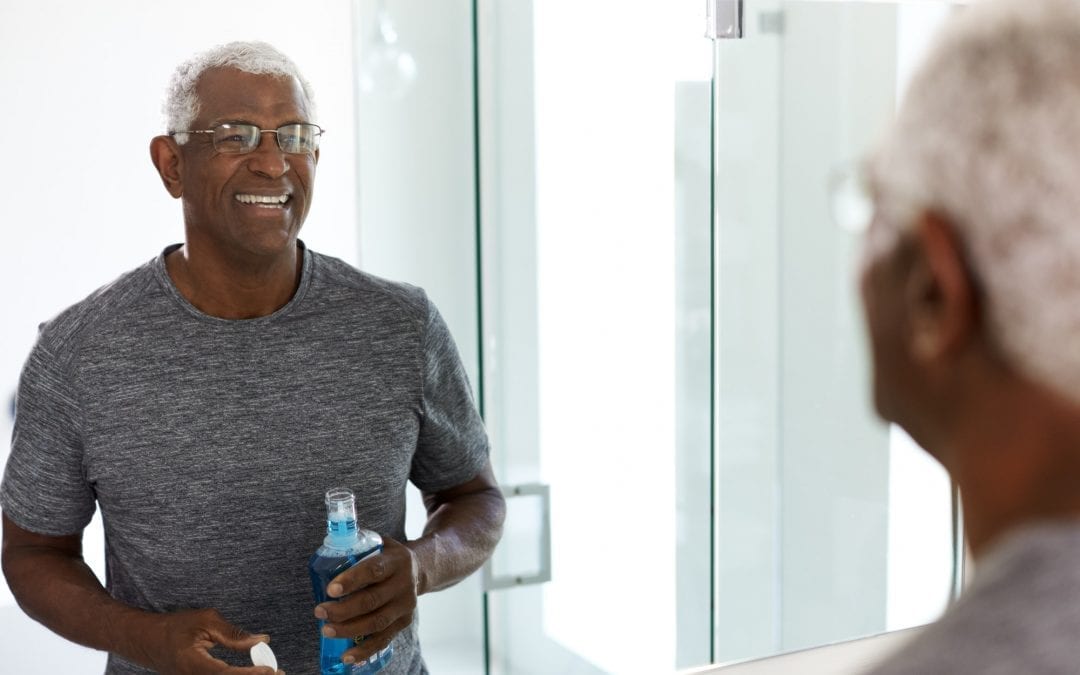 A study performed by researchers from the University of Plymouth in England demonstrates the importance of the bacteria in our mouths. It is more linked to blood pressure than we thought, which is why mouthwash after exercise (which naturally lowers blood pressure) might not be a good idea.

When you exercise, your body produces nitric oxide. When nitric oxide enters your bloodstream, it causes your blood vessels to relax and widen. This facilitates blood flow and lowers blood pressure.

Traditionally, scientists have thought that the main source of nitrate after exercise was from the endothelial cells, which are the cells that line the blood vessels. But, new research is teaching us that this may not be quite true. Bacteria in the mouth might be more important than we thought in regulating blood pressure.

Oral Bacteria May be Key in Keeping Blood Pressure Low

Your mouth is full of bacteria. Though you still want to keep your teeth clean and healthy, most of those bacteria are actually helpful. Here is one example of how.

The study at the University of Plymouth had two groups of participants. Both groups exercised by running on the treadmill for two 30 minute sessions. After exercise, one group rinsed with mouthwash while the other used a placebo that resembled mouthwash.

Over a two-hour period after the workout, researchers took the participants’ blood pressure. Those in the mouthwash group had higher blood pressure levels than those in the placebo group. The blood pressure-lowering effect of exercise was lowered by over 60% after one hour, and completely gone after two hours.

This study reveals the importance of the bacteria in our mouths.

The researchers think this is because oral bacteria are a key in using nitrate (a broken down form of nitric oxide), specifically after exercise.

For a long time, no one thought nitrate had a function in the body. But recent research has shown nitrate is absorbed by the salivary glands and excreted into the mouth. Some bacteria in the mouth can take nitrate and convert it into nitrite. Nitrite is very important in producing nitric oxide in the body. When you swallow saliva with nitrite, it is absorbed into your circulatory system.

There it can reduce blood pressure by opening up the blood vessels.

This study invites us to think twice about when to use mouthwash. Though it can be beneficial (and may be recommended by your dentist) you may want to not use it right after you’ve exercised.  According to this research, it may counteract the blood-pressure lowering effects exercise can have.

Check Out These Related Articles: