Napping and Your Blood Pressure

According to a recent study, regular naps may be damaging your health. Learn about the connection between napping and your blood pressure.

If you didn’t get enough sleep at night, then it makes sense to want to make that up by taking a nap. However, according to a recent study, if these naps become frequent, your health could be at risk.

“This may be because, although taking a nap itself is not harmful, many people who take naps may do so because of poor sleep at night. [There is a link between] poor sleep at night [and] poorer health, and naps are not enough to make up for that,” says Michael Grandner, a clinical psychologist who directs the Behavioral Sleep Medicine Clinic at the Banner-University Medical Center in Tucson, Arizona.

“The results demonstrate that napping increases the incidence of hypertension and stroke, after adjusting or considering many variables known to be associated with risk for cardiovascular disease and stroke,” says Dr. Phyllis Zee, director of the Center for Circadian and Sleep Medicine at Northwestern University Feinberg School of Medicine in Chicago.

“They didn’t define what a nap should be. If you’re going to be sleeping for an hour, two hours, for example, that’s not really a nap,” says sleep specialist Dr. Raj Dasgupta, an associate professor of clinical medicine at the Keck School of Medicine at the University of Southern California.

“A refreshing power nap that’s 15 to 20 minutes around noon to 2 p.m. is 100% the way to go if you’re sleep deprived,” says Dasgupta. “If you have chronic insomnia we don’t encourage napping because it takes away the drive to sleep at night.”

While the study does suggest that napping as a result of a lack of sleep may increase your blood pressure, there were limitations to the study. Moreover, there were other factors at play. For instance, most of the participants who took regular naps also drank daily, snored, smoked, had insomnia, and considered themselves evening people. 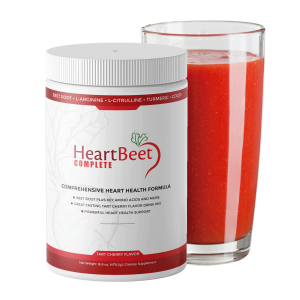 “I do believe napping is a warning sign of an underlying sleep disorder in certain individuals,” says Dasgupta. “Sleep disorders are linked to an increase in stress and weight regulation hormones which can lead to obesity, high blood pressure, type 2 diabetes – all risk factors for heart disease.”

Even though more research is necessary, we know that a good night’s sleep is essential for heart health. In addition to getting enough sleep, you can boost your health by eating healthily, exercising regularly, and taking supplements like HeartBeet Complete. Its ingredients promote circulation, blood pressure, energy levels, and more. Give your heart what it needs by getting better sleep and taking HeartBeet Complete.