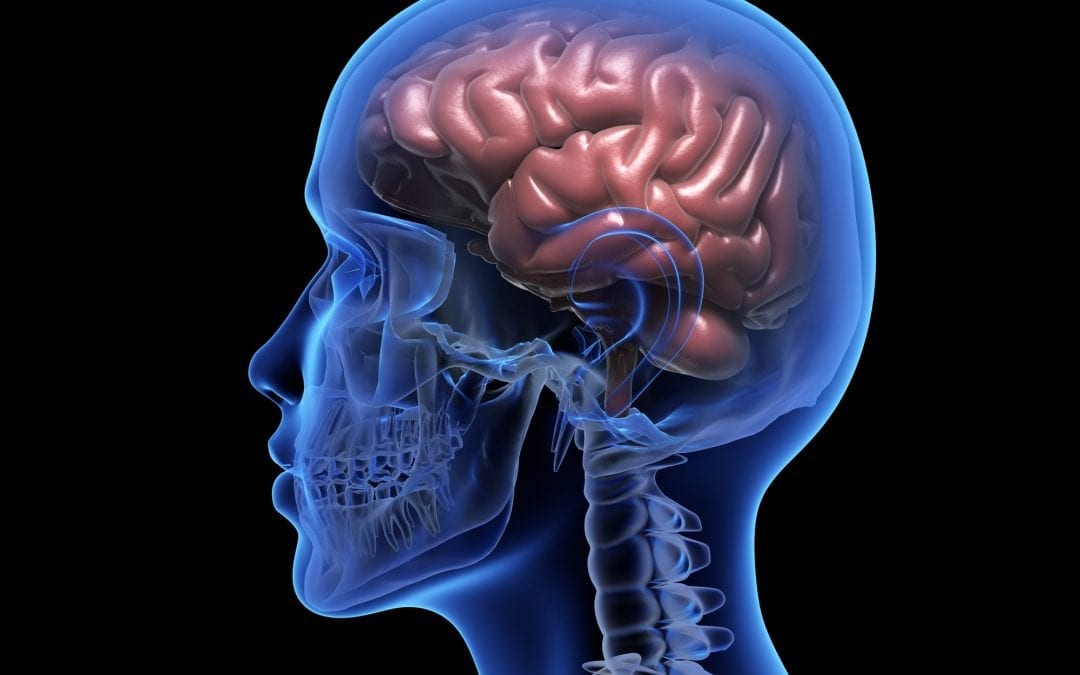 Blood pressure is the force of blood that presses against your artery walls. You have probably had your blood pressure measured before, and heard your doctor rattle off a couple of numbers—one over the other.

These are the blood pressure categories according to the American Heart Association:

It is important to keep your blood pressure at a normal level for many reasons—it reduces your risk of heart disease, heart attack, and heart failure. But it also plays a large role in your mental health.

There are two major neurological diseases that lead to these diseases: multi-infarct or vascular dementia and Alzheimer’s disease, according to Harvard Health.

An infarction is when blood (and therefore oxygen) can’t reach an organ or tissues and it causes damage. The brain has many small blood vessels, and when those become diseased or blocked, oxygen and nutrients like glucose cannot get to the brain cells. When several nerve cells are damaged, cognitive skills can decline. This is multi-infarct dementia.

Alzheimer’s disease occurs when a sticky protein called beta-amyloid collects on nerve cells in the brain. It can kill the cells, and leave behind plaque. Tangles of another protein called tau can lead to advanced Alzheimer’s. Usually the brain’s memory center—the hippocampus—receives the most damage.

These are just two neurological diseases that are impacted by blood pressure. Keeping the blood vessels healthy, free of plaque buildup and blocks, is key to keeping your blood pressure at a normal level. Doing so will help you keep your brain sharp.

Researchers from Columbia University collected data from the China Health and Retirement Longitudinal Study (2011 – 2015). They looked at 11,000 adults and examined the health effects of high blood pressure (which in this case was defined as 140/90).  Subjects were asked to participate in cognitive tests.

Another study in the Journal of the American Medical Association took brain scans of 450 adults who were able to achieve normal blood pressure (a systolic less than 120) after having hypertension. They found that lowering their blood pressure lowered the amount of white matter lesions on the brain.  Researchers were encouraged by the findings—because high blood pressure is a treatable condition, mental health can be protected too.

There are two types of stroke. The first is ischemic stroke, which is when blood flow is blocked and the brain cannot receive oxygen or nutrients. The other is less common, but still dangerous. Hemorrhagic strokes occur when there is internal bleeding in the brain. But both can be affected by your blood pressure.

In fact, the leading cause of strokes is high blood pressure. According to Harvard research, a rise in 10 mm Hg in systolic blood pressure (the top number) increases your risk of ischemic stroke by 28% and hemorrhagic stroke by 38%.

Thankfully, the opposite is also true. By lowering your systolic blood pressure by 10 mm Hg, you will also decrease your risk by 44%.

Small blockages and bleeds can also occur. Though they don’t have many outward symptoms, over 13 million Americans have had at least one of these “silent strokes”. (Like we discussed above, these can contribute to mental decline). These are more common in patients over 60, and even more so in those who have had high blood pressure.

Learn more about how to prevent a stroke: